Sandon pupils dance their way into a National Festival

Sandon pupils dance their way into a National Festival 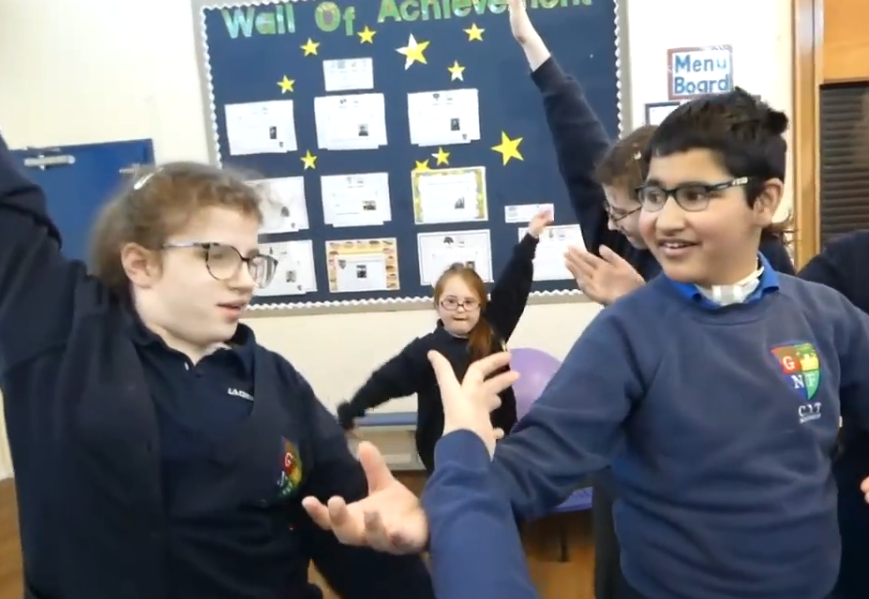 We are pleased to announce that Sandon School’s Dance Film ‘Space’ has been selected for a U.Dance Festival with cinema screenings in London and Birmingham!

The Mighty Creatives are a team of creative arts enthusiasts dedicated to transforming the lives of children and young people through creativity, arts and culture.

Sandon School applied and received a grant for £500 from the Mighty Creatives which was spent on dance classes.

Emma Bouch from the Hub Dance Team came into Sandon School to deliver the dance sessions to Pine and Ash Classes. The pupils thoroughly enjoyed the sessions, and it was decided that they would work towards creating a dance film.

The result was a dance film entitled ‘Space’ which was showcased at MyDance on Screen 2022. This is a dance film platform covering the West and East Midlands where one group gets selected to be shown at the National U.Dance Festival in Birmingham.

We are so proud that our pupil’s film has been selected for the National Festival. The festival will run from 22nd to the 24th July with screenings in cinemas being arranged as follows:

“The U.Dance on Screen National Panel considered all pieces from around the country, and it is with pleasure that we can let you know that ‘Space’ by Sandon School has been selected for the U.Dance on Screen National Showcases!  This is a brilliant achievement, and it is exciting that the film will be featured with other creative dance on screen pieces from around the UK.”

A big well done goes to all the pupils that took part in the dance film with a special thank you going to Emma Bouch the Dance Development Officer from the Hub Dance Team and the Mighty Creatives for giving us the funding that allowed for the dance sessions to take place.