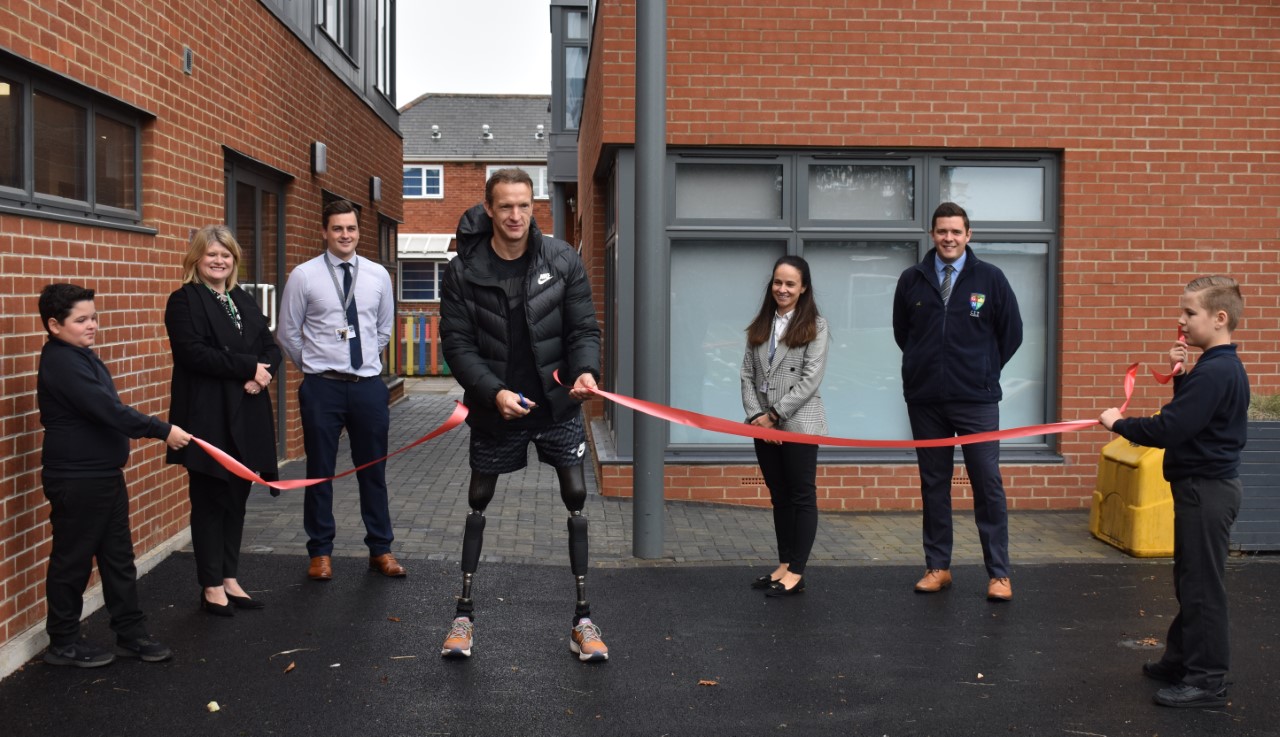 The remodelling of the school is the final phase of improvements to Ambergate Sports College which has delivered new classrooms and improved facilities to help provide a better learning experience for almost 150 pupils that are currently on roll. This is the first scheme completed within Lincolnshire County Council’s £50m special schools project, which will see improvements at 13 school sites delivered over a five year period.

“We want all children to get a good education, giving them a firm foundation for the future. Like the rest of the country, Lincolnshire is seeing a growing demand for special school places. In light of this, the county council is investing heavily in local special schools, significantly increasing the number of available places and enhancing the facilities. It’s wonderful to see the new block at Ambergate Sports College completed, the first of many such improvements that we will see across the county over the next few years as a result of the council’s £50m special schools project.”

The school were extremely proud to welcome Richard Whitehead who has a double knee congenital amputation which means he runs with prosthetic legs.

Not only is Richard the World Record holder for athletes with double amputations in both full and half marathons but he also won 200m gold at the 2012 and 2016 Paralympics. This is in addition to winning the 200m World Championships no less than four times since 2011!

In total, Richard is decorated with 12 medals (9 gold) across the Paralympics, World Championships and European Championships.

“For me it’s been an honour to be here to open the new primary wing. I’ve been impressed with the ethos at the school with getting children active and looking after their wellbeing. The personal approach to learning at the school is great to see.”

“The significance of this occasion today extends beyond the opening of these amazing new facilities for the children at GANF. It represents years of collaborative work between CIT Academies, the Local Authority and Peter Smith Associate Architects, with the clear vision to offer high quality provision and increased capacity as part of the SEND Review in Lincolnshire.

We are delighted to celebrate this occasion with Richard Whitehead MBE, an inspirational Olympic figurehead who champions the same values as GANF – determination, hard work and celebrating successes.”

Please click this link to view a short video clip of the opening: https://m.youtube.com/watch?feature=youtu.be&v=FYbnEPVWuSw